By default, at least on Ubuntu apache2 is set to rotate logs every 14 days.

Using the rotate configuration, you can specify a value: END_OF_DOCUMENT_TOKEN_TO_BE_REPLACED

If I was looking for entry level jobs in…

Sales darling, it’s all about sales. It’s a harsh but true part of the world where you need to be able to sell. I’m not talking about business to business or hunters, farmers etc. I’m talking about being able to sell to someone that you are the right person to help them and their organisation.

Now this isn’t easy in the middle or tail end of a career let alone when you are starting off. But let’s for a minute role play and look at what I would do if I was new to the cyber world and was looking for a role?

This isn’t meant as a guide, it’s off the back of a convo I’ve just had with someone struggling in the job-hunting space. So, it’s a rough brain dump from me. The key thing I would say is: END_OF_DOCUMENT_TOKEN_TO_BE_REPLACED

Imagine the scenario where you have an endpoint or server running and you don’t have centralised logging or visualisation of log data and you need to perform some rapid analysis without wanting to stand up a new set of VMs or services, well this is where cloud really can come into it’s own.

Very rapidly we can setup a Datadog account. (this blog will be updated as I deploy and configure) END_OF_DOCUMENT_TOKEN_TO_BE_REPLACED

Human Interface Devices is the science way of saying (in this case) keyboard! Now that doesn’t sound amazing but then we look at the details. What we are talking about here is a wireless remote controlled programable keyboard emulator disguised as a USB cable or a cable between a real USB keyboard (must be detachable). This provides attack opportunities to both key log and hijack inputs to PC devices covertly and remotely (within WIFI range). Just imagine what you could do with one of these.

END_OF_DOCUMENT_TOKEN_TO_BE_REPLACED

If you know me that one of the first things, I recommend organisations do is conduct password audits against active directory on a regular basis. There are a ton of ways to do this and depending upon size of directory and budget you will likely want to do this with more than a CPU however the process remains the same. So, with the news that a new release of L0phtcrack (open source) is online let’s take a look at how we can deploy and start cracking those hashes! This isn’t an end to end guide to cracking with l0phtcrack – but it does show the install process and provide considerations for your cracking adventures. Remember, only do this where you have authorisation. END_OF_DOCUMENT_TOKEN_TO_BE_REPLACED

I come from a heavy Windows background, in fact I started my computer experience on an Amstrad however not long after I was using DOS and then Windows 3.11 for Workgroups. So, I’m a heavy Windows head, I’ve deployed all kinds of services and applications within business environments using common technologies such as:

One thing that I’ve noticed in my travels so far is that Linux deployments in enterprise environments in the back office/corp nets are often appliance based or “black boxes”. This creates a bit of a fun scenario whereby some system administrators and operations teams aren’t particularly comfortable with using UNIX/Linus systems. So, I thought I’d try and write some content to show how to do common tasks using the command line interface (CLI). This isn’t designed as an indepth guide, this is really just to try and give people a view of some of the things that you will need to be aware of. This isn’t mean’t to be “academic” or replace manuals and technical docs so it’s brief and to the point (as far as that is possible). END_OF_DOCUMENT_TOKEN_TO_BE_REPLACED

A path traversal vulnerability and exploit just dropped in the wild for a specific version of Apache (Apache/2.4.49). This vulnerability allows an unauthenticated attacker to execute a path traversal attack (and now shown RCE if MOD_CGI is enabled) to read files outside of the virtual directory path bounds. This only affects a single version of Apache, there’s a fair few of these online, however it’s very unlikely all are vulnerable. The vulnerability requires specific permissions to be configured. 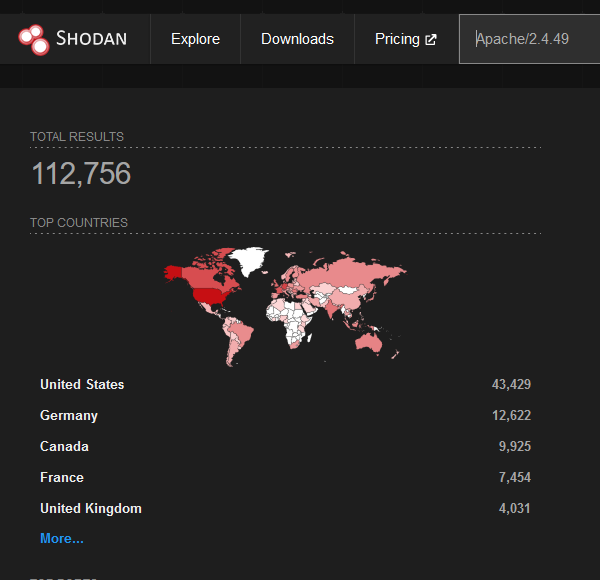 END_OF_DOCUMENT_TOKEN_TO_BE_REPLACED

Reporting an email as phishing in Office 365 with…

Did you ever just ignore or delete a phishing email? I mean that’s great in one sense that you won’t have any negative impact. But if the email did get past the mail security filters, you can report it using the “Mark as phishing” option.

What if as well you wanted to not only enable users to report but also pass the intelligence onto the NCSC Suspicious Email Reporting Service (SERS)? How cool would that be! Well, have no fear people, we are going to show you how easy this stuff is to deploy and configure. END_OF_DOCUMENT_TOKEN_TO_BE_REPLACED

The problem with gatekeeping in the cyber security industry

Imagine having an industry where you can’t be in it without already being an expert in all fields, imagine having to be able to command policy and drive strategy but not having anyone having ever helped you learn how to do this, imagine that if you did all the activities involved with secure service and yet people say you aren’t part of the industry because your job title doesn’t have the word “security” in it and imagine if that you are told you aren’t part of the cyber security industry because you also have to worry about budgets, sales, marketing, new business initiatives, IT services and well anything else!

What would happen if we had this as our cyber security industry principles… well that’s simple?

END_OF_DOCUMENT_TOKEN_TO_BE_REPLACED

The Art of Cyber

Cyber Security is an intersection of different activities, processes and capabilities. It uses skills from multiple traditional roles. As such the definition of it, often seems to lie in the reader. I did a poll the other day on twitter where ~30% of people thought a scenario I described wasn’t cyber because basically an “IT” person did the activity or they made assumptions that the IT person was told to do it (they were not). This led me to try and describe what Cyber means to me: